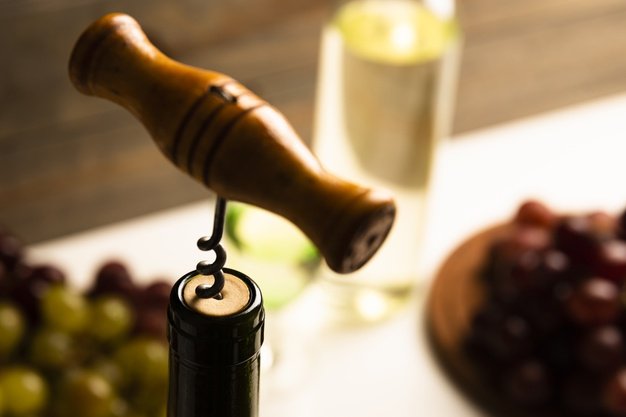 How we got to the customizable corkscrew?

Molière said “Great is the luck of the one who owns a good bottle of wine, a good book and a good friend” . and a custom corkscrew (let’s add it!). The protagonist of this article is just him, the bottle screw.

The corkscrew is small, but essential to taste a bottle of good wine which is never lacking during the moments of gathering around the table.

The story of the corkscrew

Although it may seem a trivial tool, it hides behind it a long and fascinating history related to its birth: created around 1400 it was originally used in the weapons industry, in fact it was used to extract lead balls from cannons and to clean up the rods of the rifles. In fact the factories produced not only riflese, swords and weapond of various kinds, but also corkscrews.

Already in the seventeenth century they were subjected to modifications, first of all the reduction in the size that led to the birth of the so-called “bottle screws”. These were created from small blacksmiths and craftsmen who were tasked with creating real works of art intended mainly fof the more affluent social classes, who commissioned corkscrews in gold and silver. We could venture to say that these can be considered the first forms of customization of the corkscrew.

The spread of the corkscrew is to be linked to the second half of seventeenth century, during which time the wine was being let get old in barrels and stored in closed bottles with cork caps. Spread yes, but you have to wait untile 1975 year when the Reverend Samuel Henshall obtained in England the first patent of “cavaturacciolo”, favoring the transition from artisanal production to mass mass production. Soon the corkscrew arrived in the homes of all social classes.

Later the evolutions of corkscrew and of its forms hand in hand with the bottle-closing sistems. And since in the past drinks were sold losse and then closed with cork caps, the corkscrew was also used to open bottles containing beer, medicine, perfume and ink.

In conclusion, the corkscrew has come a long way: not only has it changede the profession and the employment sector, it has also taken on different physiomies over the years and today it is available in many forms and types: simple T, pockets, mechanism, leverand multi-use. And there are of course the most special pieces such as those in the shape of parrot, elegant and refined as the corkscrew by sommelier or technological like the electrical corkscrew that you find below.

Why did we tell you about it? Beacuse the holydays are getting closer and closer and with them the multiple occasions of meeting arount table, always in the company of a good bottle of wine.

Numerose le possibilità di scelta. We are not connoisseurs of wine, but of promotional items that allow you to remain impressed yes. Stylish or exstravagant, classic or innovative. There are many choices.

Contact us and we will choose together the customizable corkscrew for the upcoming holidays.